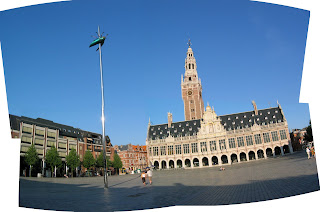 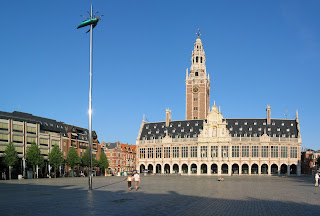 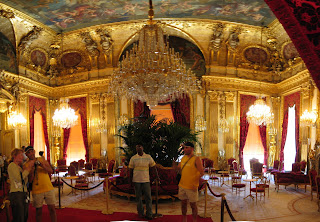 PS: These examples aren't defect-free. In the first hugin example, the needle is slightly bent (though not as broken as in the Canon stitching). This can be corrected by picking more and better control points. And in the last photo, the same individual appears twice, having been photographed in non-overlapping frames: correcting this is beyond enblend's impressive capabilities.
Posted by Rahul Siddharthan at 5:55 pm

I'm sure you have seen this on Natasha's blog already. The video -- of a TED talk -- describes some of the cool research by Micro$oft researchers on what all one can do with images.

Interesting. I'm still on film, but I gotta look at this software.

"Who needs a wide angle lens?"

Would you rather go through the trouble of stiching them together than mounting a lens? I guess it has it's advantages, like having one person appear in more than one place in a picture, making picures that are not necessarily rectangular, and avoiding the distortion that wide angle lenses exhibit.

Abi - I hadn't seen the video, being time-constrained, but will take a look soon, having heard about it in person from you and Natasha...