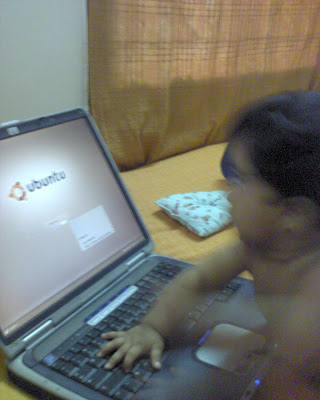 Predictably, the Indian media will be focussing more on the second point than on the first. Every article these days -- such as this one -- talks about the "rising rupee". But while the rupee has risen sharply against the dollar this year, it has risen much less sharply against the euro (and has been mostly falling since late May). The same is true of other currencies.

So my questions are:

Abi (following Krish and Sujai) asks: where is the Indian academic community on the current Rama Sethu / Sethusamudram Project debate? It is a fair question. What should be a non-controversial statement by the ASI -- that there is no archaeological or other evidence that the underwater "bridge" connecting India and Sri Lanka is man-made -- has been turned by the Parivar into a club with which to beat "pseudo-secularists". Some -- like Tarun Vijay of the RSS -- go so far as to say that "we had a different tradition of recording events and writing history", by which argument, presumably, the entire Ramayana and Mahabharata are the literal truth.

This is the second time in recent weeks that the Sangh Parivar has found itself on the same side as (sections of) the left. The first was the nuclear deal. On the one hand, the BJP, which did much of the spadework for it in the first place, has decided to oppose it apparently because they are now the opposition party. On the other hand, to the hard-left, any alliance with the US is verboten. So we have the spectacle of The Hindu, for example, first editorially supporting the deal, then backtracking, then twisting itself into contortions in an attempt to explain why it is not backtracking. We also have the spectacle of the communists doing their best to threaten the government without being seen as joining hands with the BJP to bring it down.

This time, the communists have not been terribly vocal; but the environmentally conscious among us are not enchanted by the idea of destroying the rich marine ecosystem and coral reefs in the interests of better shipping. And, anyway, this project is hardly going to compare with the Suez or Panama Canal. Most international shipping will continue to circumnavigate Sri Lanka, and as for domestic shipping, small ships can already pass through the channel (and there's always the land route, which is very likely faster). As Natasha points out, we should make our arguments on such grounds. But we live in a world ruled by strawmen; maybe we are nervous that opposing the BJP-types on this will defeat the larger purpose, or that speaking out on the environment aspects will be construed as supporting the BJP.

That apart, was it advisable for the ASI to file such an affidavit? My opinion is this: like it or not, people in this country have strong religious feelings. And, unfortunately, many people (who are not necessarily sympathetic to the Parivar) seem to think -- rightly or wrongly -- that Hindu sensitivities get less importance than minority religions'. They would point out, probably correctly, that no Government department would dare observe that there is no evidence of the strand of hair at the Hazratbal shrine belonging to the Prophet. So, in this case, given all the other very relevant issues to be discussed, this particular provocation was quite unnecessary.

We do need to introduce some rationality into public debate, and keep religious bigotry out of it. But we should pick our battles carefully. In this particular case, I think fighting the BJP-types directly isn't worth it. Changing the terms of the debate, by focusing the discussion on the very real environmental concerns, is a much more useful idea.
Posted by Rahul Siddharthan at 11:24 pm 6 comments:

A bad week for photos

A couple of days ago Chenthil spotted a gem in The Hindu's correction section. Explaining why a photograph of African elephants was captioned "An elephant herd on the prowl in the plains of Kodagu district", the Reader's Editor wrote:

The correspondent clarifies that the error occurred as the picture was downloaded from a website by a photographer who was ignorant of the difference between an African and an Asian elephant.

So, as Chenthil observes, the job of photographers at The Hindu seems to be to download photos from the web, and use them without attribution (and without even checking what it is they represent: even if they were Indian elephants, how did the "photographer" know they were prowling the plains of Kodagu? In fact, since when did elephants, of any species, prowl?)

As it happens, that correction -- on Friday -- was the third relating to photos in a week. On Wednesday, we had this:

A reader said that the photograph in the page 1 promo “Solar plane’s record” (Early editions, September 11, 2007) was not that of the solar plane. The story, which was a detailed graphic used in the “International” page, was on the “Zephyr UAV smashing the flight duration record”. The reader is right. The promo picture was that of an MQ-9 Reaper...

And on Tuesday, there was this:

I cannot locate the mislabelled MQ-9 Reaper; the article on Dr Muthulakshmi Reddi is here, and as usual, the photo has no credit. Even if it were a file photo from The Hindu's own collection, should it not be credited to the original photographer? But then, if the photo were from a documented and authoritative source such as The Hindu's own files, it would not be likely that the caption would be incorrect.

When our mainstream media -- including our most pretentious newspaper -- decides that it is correct and appropriate to download photos from random sources on the internet and use them without attribution, why would our children learn any better? Why am I surprised when students -- and even faculty -- cut-and-paste from other sources, without attribution?

"First the sentence, and then the evidence!"

So said the Queen of Hearts, in an early version of Alice in Wonderland.

Here's an email I just received, which was sent out on a mailing list that I ended up on some time ago for obscure reasons. The moderator of the list, a journalism professor at a top university, apparently sees nothing amiss. (Perhaps there's indeed nothing amiss, and I'm over-reacting?)

We have a programme going out today, and would have to interview him in the next three or four hours. Complete apologies for the ASAP type of thing, but I do hope that [your organization] can help me locate this person!

We are all supply-siders

It's fun to read the wingnuts sometimes. Don Luskin (who used to spend most of his time baiting Paul Krugman, before Krugman's NYT articles disappeared behind a paywall) says (endorsing an anonymous reader's comment) that JFK was a "supply-sider". The reason? 'In August 1962 he proposed slashing the top marginal tax rate from 90%, calling it "a creative tax cut, creating more jobs and income, and eventually more revenue."'

Hm. India too used to have such absurd tax rates. And in Britain it went as high as 95% (as George Harrison sang: "There's one for you, nineteen for me, 'cause I'm the taxman.") But today I doubt there's a single person, economist or otherwise, who thinks that a marginal tax rate of 90% will boost either the economy or the government's revenues. Does that mean we're all supply-siders now?

Leading from which, here's a question that's always bothered me. Why not supply-side the tax itself, in the form of taxing products, not incomes? We do tax products (formerly sales tax, now VAT), but what if we taxed them a bit more -- the tax increasing according to luxury value, but not becoming exorbitant -- and removed all income tax?

In India, everyone buys things, but fewer than 4% of the population pays income tax. And that's not because 96% of us are wallowing in poverty. Income tax evasion is astronomical. And the evaders tend to be among the richest people: even if they do pay tax, they do not declare all their income. Only the salaried class is honest, because they're forced to be: it's deducted at source.

If we decided that income tax merely annoys citizens and abolished it, replacing it with an equitable scheme of taxing products (being careful not to tax products that the poor depend on), why wouldn't that work? Could we even have "negative taxes" on essential items?
Posted by Rahul Siddharthan at 9:17 pm 5 comments:

The media maketh the President

Vanity Fair reminds us why Al Gore isn't the President of the US:

As he was running for president, Al Gore said he'd invented the Internet; announced that he had personally discovered Love Canal, the most infamous toxic-waste site in the country; and bragged that he and Tipper had been the sole inspiration for the golden couple in Erich Segal's best-selling novel Love Story (made into a hit movie with Ali MacGraw and Ryan O'Neal). He also invented the dog, joked David Letterman, and gave mankind fire.

Could such an obviously intelligent man have been so megalomaniacal and self-deluded to have actually said such things? Well, that's what the news media told us, anyway....

Eight years ago, in the bastions of the "liberal media" that were supposed to love Gore—The New York Times, The Washington Post, The Boston Globe, CNN—he was variously described as "repellent," "delusional," a vote-rigger, a man who "lies like a rug," "Pinocchio." Eric Pooley, who covered him for Time magazine, says, "He brought out the creative-writing student in so many reporters.… Everybody kind of let loose on the guy."....

One obstacle course the press set up was which candidate would lure voters to have a beer with them at the local bar. "Journalists made it seem like that was a legitimate way of choosing a president," says Newsweek columnist Jonathan Alter. "They also wrongly presumed, based on nothing, that somehow Bush was more likable."....

[New York Times columnist] Maureen Dowd boiled the choice between Gore and Bush down to that between the "pious smarty-pants" and the "amiable idler," and made it perfectly clear which of the presidential candidates had a better chance of getting a date. "Al Gore is desperate to get chicks," she said in her column. "Married chicks. Single chicks. Old chicks. Young chicks. If he doesn't stop turning off women, he'll never be president."

Yes, thanks so much, "liberal media". Half a million dead Iraqis are grateful to you.
Posted by Rahul Siddharthan at 11:52 pm 5 comments: